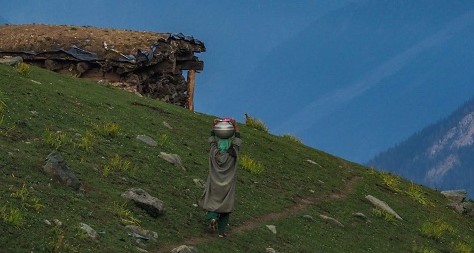 Gender equality and empowerment of women are cross-cutting goals in the Sustainable Development Goals (SDGs) framework adopted by the UN General Assembly in 2015. The SDGs goals 5 and 8 specifically target the achievement of gender equality and the promotion of inclusive and sustainable growth. Keeping in view the importance of women empowerment for socio-economic growth, the Government of Punjab introduced Women’s Empowerment Package 2012, 2014 and 2016 to ensure equal opportunities for growth and women empowerment in the province. The Government of Punjab further developed a strategic framework in the shape of Punjab Growth Strategy 2023, which endorses women-centric sub-objectives that underline the Punjab Government’s goal of women empowerment.

IMPORTANCE OF WOMEN’s SOCIAL WELL BEING

The importance of gender equality and women’s empowerment for sustainable development is understood and acknowledged globally, as evidenced by its inclusion included in the Sustainable Development Goals (SDGs). While reducing gender disparities is implicit in the SDGs, SDG 5 and 8 have specific targets to achieve gender equality by providing women and girls with equal access to education, decent work, health care and freedom in economic and political decision-making processes which would help economies to achieve sustainable and inclusive development. The Government of Pakistan is committed to effective monitoring & evaluation of gender equality, and both the Federal and provincial governments have endeavored to mainstream gender and undertake specific women-focused interventions via national and regional policies. Accordingly, women empowerment and gender equality are the foremost pillars of Pakistan vision 2025 which stimulated the Government of Punjab to develop the Punjab Growth Strategy which envisages inter alia, enhancement of human capital of both men and women. It also focuses on the private sector, export-led growth, and value-added production in agriculture, textiles, and livestock. While women are not specifically noted, the three target sectors of growth employ a substantial number of women. To achieve the growth rate target, full participation of women in the industrial and agricultural sector is imperative, and to achieve equal participation of women in productive decent employment, the need for an overarching enabling environment of gender equality must be considered. The Government of Punjab also introduced the Women’s Empowerment Packages 2012, 2014, and 2016[2]. These packages aimed to support women in all spheres of life.

However progress in this facet is being hampered by discriminatory social norms, resource constraints and policy evaporation that does not translate into sustained change.  Pakistan ranks in the bottom ten countries on economic participation and opportunity, educational attainment, and health and survival in the Gender Gap Index 2018, ranked 148 out of 149 countries.[3] In political participation, however, due to the reserved seats for women, Pakistan ranks at 97, testifying to the importance of affirmative action in the short to medium term to level the playing field.

The population of Pakistan is 207 million in 2017,[4] the sixth most populous country in the world. Punjab is the most populous province with 53% of the country’s entire population residing in the province. Women comprise 49% of Punjab’s population.[5]

THE NEED TO CONDUCT WOMEN ECONOMIC AND SOCIAL WELLBEING SURVEY

To achieve Punjab’s desired development goals for women, it was essential to identify factors that hinder women’s access to economic opportunities, leading to gender inequality. The Punjab Gender Parity Report 2016 (PGPR) had already identified disparities between men and women in economic participation and opportunities (employment, ownership of assets, labor force participation, etc.) as well as in sectors that potentially influence women’s access and participation in the economy. The said report has served to guide policy and service level interventions for the promotion of women’s economic participation in Punjab.[6]

In this context, Punjab Commission on the Status of Women (PCSW) in line with its monitoring & evaluation objectives, one of which was “to capture comprehensive statistics of women’s current social and economic participation in Punjab”, undertook the initiative for a comprehensive survey to collect data on women in Punjab.

The survey was designed and implemented by PCSW in collaboration with the Bureau of Statistics (BoS), Punjab with support of the United Nations Fund for Population (UNFPA) and the Department of International Development (DFID).

This was a complex and one of kind survey which has been conducted for the first time ever in Punjab and Pakistan. APEX Consulting being a monitoring & evaluation specialist firm was a proud outsourced facilitator for this particular assignment. Moreover, this really was an exceptional achievement with the aid of staff involved who displayed an extraordinary sense of responsibility. The district functionaries, administrative departments and law enforcement agencies also deserve applause for their vigilance and their role in ensuring the safety of survey field teams.

OBJECTIVES ACHIEVED BY THE WOMEN ECONOMIC AND SOCIAL WELLBEING SURVEY

The WESW Survey was designed in such a way that it collected statistically sound, nationally and internationally comparable estimates of key indicators that can be used to assess:

Following sets of objects were specifically gauged and accomplished during this assignment:

GOVERNMENT’S INTERESTS OUT OF THIS ASSIGNMENT

The Government is cognizant of the fact that evidence-based initiatives for women’s socio-economic development is key to the success of policy and development initiatives. We believe that in this regard, Women’s Economic and Social Wellbeing (WESW) Survey Punjab, 2018, a district-based survey, covering more than 80 indicators, being conducted for the first time ever in Punjab, will surely be a useful tool to identify monitoring & evaluation areas of development interventions.

Moreover, this activity can be used as a valuable source for planning efforts of the Government of the Punjab and development partners, and a reference for academia and research organizations to spread awareness and support gender-equitable development that can lead to economic and social empowerment of the women.

6-The Punjab Gender Parity Report. (2016) Punjab Commission on the Status of Women.

13 thoughts on “WOMEN ECONOMIC SOCIAL WELL BEING IN PUNJAB”