Mr. Asif Khan is a multi-faceted resource managing the operations of APEX Consulting, Peshawar office. In addition to his duties, he is also heading the TPFM for the UNICEF project in KP/FATA and overlooking the business development activities for APEX in KPK. He completed his MBA from City University, Peshawar, and for the past 10 years, he has been working in the social sector encompassing diverse areas of all four provinces of Pakistan. Back in the year 2013, at the time of joining APEX Consulting, Mr. Asif was appointed as a Provincial Coordinator in a UNICEF funded assignment i.e. WASH (TPFM) in Balochistan where he initially established a regular office of APEX Consulting in Quetta. After successful completion of two and a half years in Quetta, he was transferred to KPK as a Provincial Field Coordinator. Mr. Asif possesses the profound experience and played a pivotal role at the time of the incubating the Post-Polio Campaign Monitoring project. He is well versed in the design, negotiation, and implementation of WASH, livelihood, Education, and Nutrition-related projects. 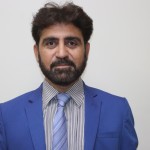 Mr. Asif khan did his MBA (HRM) from City University Peshawar. For the past 10 years working in social sector in different areas of all four Provinces of Pakistan, assignment including of UNICEF, PPAF, Govt of Sindh in third party consulting firms, remain as WASH Specialist in Northern Sindh where he was responsible for Planning and organizing the project. Worked as a business development officer. He also accomplished final reports of different projects of UNICEF and completed on time in emergency phases and it Early Recovery and Rehabilitation stages in Sindh. As part of his assignment he worked in the design, negotiation and implementing of WASH, livelihood, Education and Nutrition. He also Chairman of a Local Organization Name “Rural Development Program” which is a registered organization from social welfare under the company ordinance 1982 and also serve here in different emergency periods like earthquake, flood 2010 in Khyber Pukhtoon Khuwa and Operation in Theerah.. In April, 2013 appointed as Provincial Coordinator Balochistan in UNICEF Sanitation Programme Scale in Pakistan, currently working as Provincial Coordinator UNICEF TPFM of APEX Consulting Pakistan.